Famously known as “The Pearl of Africa”, Uganda is one of the top African safari destinations with the most thrilling unique attractions that are not yet discovered by mass tourists. A country presents itself with astonishing beauty of hills and mountains, sparkling lakes and river, a variety of wildlife and indeed with the world’s remaining endangered Mountain Gorillas. 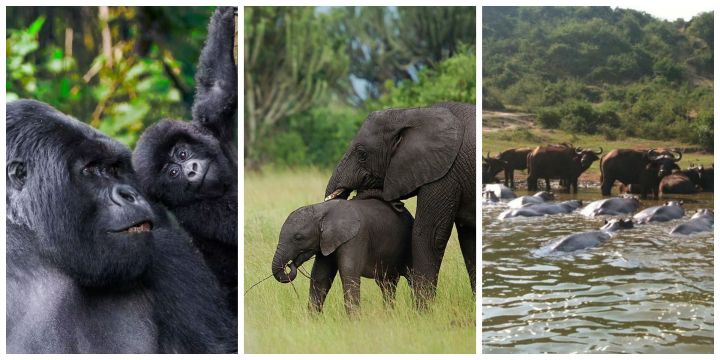 Uganda is 93,065 sq. mi in size, smaller than Kenya, but bigger than Rwanda and Burundi combined. Uganda is a landlocked country, bordered to the east by Kenya, to the north by South Sudan, to the west by the Democratic Republic of Congo, to the southwest by Rwanda, and to the south by Tanzania. The next time you are in one of these countries, you can take a sneak peek at Uganda and let me know what you think.

If you are still wondering what is so special about Uganda besides being my country of origin, then you should check out the longest river in Africa (Nile) with its source in Uganda. You will have a chance to visit Jinja one of the cities in Uganda raft, bungee jump and enjoy the the Nile. Have a lake Victoria tour, take a boat ride or fish in the largest lake in Africa, which is shared by Uganda, Kenya and Tanzania.  You got to feel the pure breeze at lake Bunyonyi which is the second deepest lake in Africa. The breath taking scenery of its amazing islands and test the cray fish pizza. It would not be wise to miss the mountains of the moon (Rwenzori mountain) with its ever snow caped peaks and have a chance to ski in Uganda. 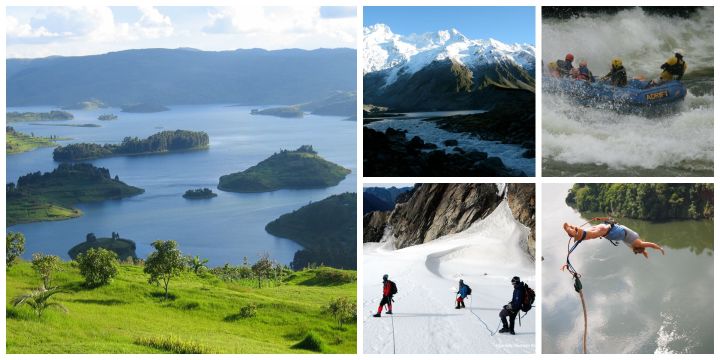 I am not concentrating on this because I’m from Uganda, but lets face it, the country besides everything, is amazing. Uganda is rich in cultural heritage since people from various origins inhabit the place from time to time. So trust me, in Uganda you will find people from your area or close to your area. The natives are hospitable and do not worry about the language, even if Uganda has more than 25 tribes who speak different dialects, its official language is English.
Some people speak Swahili, French and now German due to strong influence from neighbouring countries (migration and immigration) and development of language schools.

Like any other country which is into cultural preservation, Ugandans takes it to another level making sure children know their cultures from songs, tales and riddles, their kingdoms and their kings. The best example is Buganda Kingdom which is the most organised and the biggest kingdom in Uganda.

Music which was a way of communication, is an integrated part of the Culture of Uganda. Each of the tribe has its own folk dance which differentiates it from another. The baganda have the kiganda dance, kitagururo is for banyankore, while the banyoro perform Runyege dance, the Acholi have Bwila and Otole. Agwal is the traditional dance of the Alur people and the Bagisu have their Imbalu dance during the circumcision ceremonies. The list goes on and on. The commonly played instruments are The local drums (eggoma), amadinda, adigindi, entongoli and likeme. 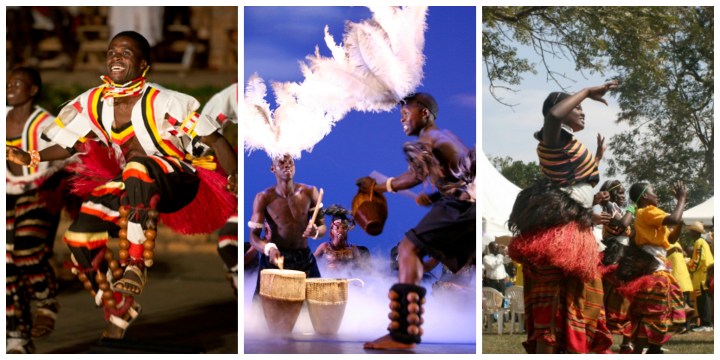 Now for the party animals, you got to stay in Kampala for some time to experience the night life. The clubs are open from Monday to Monday and there some places which do not close at all. It is not relevant, if you are of a class or you love to stay in the budget, you will all have the vacation to remember.

Please don’t for get to share, to comment and to let me know what you want to know more about Uganda.

Some pictures are curtesy of:
visituganda.com, Gorilla Highlands and Pittsburgh Cultural Trust Pressroom