Casual greetings might seem irrelevant to you or to any one you greet, but believe it or not the giver and the receiver of the greeting is affected by the wave that word possess. 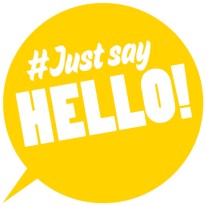 Hi, Hello, Živijo/Zdravo, Hola, Ciao, Hallo, Salut, etc in whichever language you say it, it attracts someone’s attention. The intention might be an act of kindness, respect, or just a gesture of recognition. When someone says hello, good morning, good after, good evening, good day or any word that represents a form of greeting to you, that person has recognised your existence in the space where he/she is in.

These are simple words in multiple languages which we say without even thinking because they come naturally to some of us. I was raised in a social community where sharing greetings is obvious to everyone stranger or no stranger. I grew up seeing my parents waving and saying hello to the neighbours and other people on the streets and at fast it did not make sense until I moved to cities where people enclose themselves in fences not knowing neighbours, pass by each other and almost collide in corridors without saying word, share lifts, sitting close to each other in a bus or train and don’t say a thing to anyone, and so on.

It’s crazy how we look for friends online, get dogs to help us connect, wait for a break through and even pray for a miracle. when everyday, every single day a chance presents itself and we ignore it not because we are busy but we fear what people will think of us. 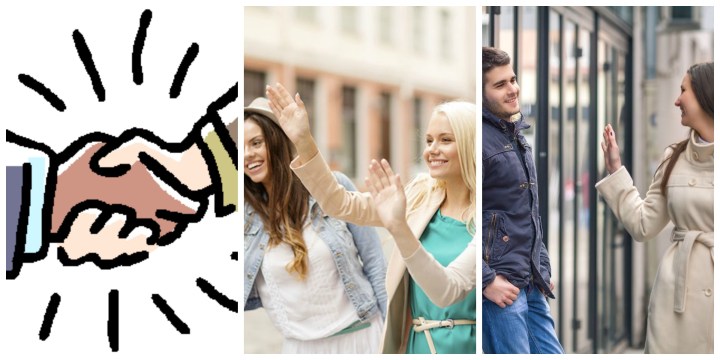 Greeting is the beginning of a relationship of any kind. The word “ hello” is powerful, people fear to say it because they are not sure of what the other person’s reaction will be. It’s all about fear. Now take away the fear of what will happen and just say it regardless of whether you get a response or no. Make it your mission to say it to people you meet while jogging, in a lift, to those you sit nearby on a bus or train, at work etc. Just do it without expecting a response and you will be surprised how much it will change both your life and those people you get in contact with.

This word opens doors to many possibilities, It lights up faces, it makes someone’s days, it’s a sign of humanity. People pay attention to those who say hello to them.
When I moved to Europe to a country which does not speak English as a first language, I could not wait to learn the greeting words and carry on with the culture from my Country side in Uganda. The reaction was not appreciable. People looked at me like I was the craziest person they have ever seen and did not respond at all.

I won’t say l was not discouraged, l was. I thought may be because of my colour, I was in one of European countries with the smallest number of Africans. It took me months to see somebody with my skin colour, I felt so alone and teared up. I thought may be I was never going to be welcomed in this community so l decided to keep everything to myself.

Nobody deserves to be alone, so before the whole idea of keeping to myself sunk in, I decided to go out early in the morning to get some air. I was meaning my business not saying a word to anyone and out of nowhere, this man said “Dobro Jutro” which means good morning in Slovene. I had to fumble with the response, I was not expecting a greeting and I was still practicing the greeting words. I smiled from ear to ear, that morning greeting gave me a new purpose and I started saying ” Hi” again.

Now I say hell to anybody I come in close contact with, l see people putting on smiles when they see me, they wave, they ask me about my day, I have made friends and it feels like I am home.

SAY HELLO WE ALL NEED IT

pic are courtesy of